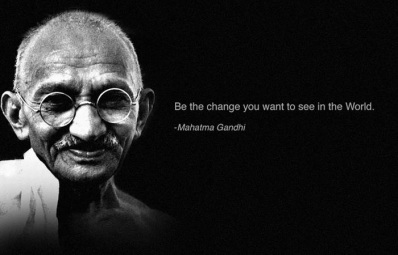 For the last few weeks I’ve been reading John Maxwell’s daily devotional book on leadership every morning. And over the last few days, I have recognized that finding success in an area, is not necessarily as simple as some may think it is. Having the right resources financially is always good, and the ability to make wise decisions at the right time can make or break someone. Nevertheless, what I have experienced, learned, and see to be very important in finding and sustaining success… is when someone really understands the leadership principle of knowing how to empower people.

As I was driving back home this morning, I tuned to a radio station where Dr. Charles Stanley was teaching about the story of Gideon, in the Bible. If you don’t know the story, you can read it entirely in the book of Judges, chapters 6-7. I will attempt to condense the story… Gideon was a man who was chosen by God to lead an Israelite army of 32,ooo against an army of 135,000. Seemingly, before the battle even started, the odds where not in favor of Gideon’s army. Then Gideon told all those who were fearful to leave… 22,000 left. Then of the 10,000 who were left, Gideon told 9,700 to leave because they did not drink water from a brook like an attentive warrior. So Gideon was left with only 300 men in his army. And with God’s blessing and favor, Gideon’s army defeated a seemingly superior foe that outnumbered them 450 to 1. Though the story in itself is a great story, it would never have happened unless God empowered Gideon, when He spoke and told him that he was a “Mighty hero” (Judges 6:12).

I feel that being a leader does mean that you are leading other people, and you are not doing something alone. Some people are CEO’s of companies with no employees. You’re not truly a leader unless someone is following you. However, not everyone is called to be a leader, but we all should learn and implement leadership principles in our lives like empowering others. Learning to recognize and appreciate the special qualities in others, and understand how to pull out their gifts, is a skill most do not have.

It takes a team to build or accomplish something great. And empowering people is something that I want to do more of. Because when we encourage someone, or speak life into them by telling them they are beautiful or awesome (compliment them, not flatter them), and do it in an authentic heartfelt way. You are giving them something special, you are empowering them so they can not only help you, but also help themselves.

This is my journal, my journey, and my perspective in life – JP